The Ivy at The Grove

Share All sharing options for: The Ivy at The Grove 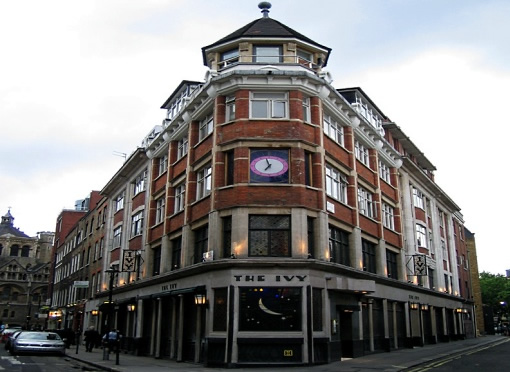 Telephone: 1-305-600-5453
Status: Best known for its British comfort food (sticky toffee pudding) and A-list celebrity clientele, some say The Ivy in London's Covent Garden is not what it used to be and while we can't debate that, we can assertively say it's not The Ivy at The Grove, either. How can we say that so definitively? When we called the new restaurant/lounge housed in the ornate space formerly known as Christabelle's Quarter and asked if it was the same as the one in London, the woman who answered the phone paused and then said, "Uh, yes, it is." Pressing further, asking if was the same owner and or chef, she replied, "Uh, yes." Ok, great, we said. So what are their names? "Well to be honest, the chef's name I don't know," she admitted. "He's in London now and we're doing a soft opening." Mmmkay, but how 'bout that owner, whom we happen to know is Caprice Holdings owner Richard Caring? "Um, the owner wants to remain anonymous," she sputtered. Really? But you just said the owner was the same as the one in London. "Um, yes, but he wants to remain anonymous."

Needless to say, while the restaurant's ownership and origins remain a mystery, The Ivy at the Grove is open and serving "affordable haute cuisine," including that famous sticky toffee pudding from the original in London. Sounds like some staff may have hailed from the original, at least. But still. And located on the third floor of this behemoth space, a branch of the Raffles Private Membership Club, which is, indeed, related to the one across the pond and owned by its director Patrice Gouty, former Delano VIP clientele manager who also launched The Sanctuary and founding partner of London's Chinawhite. In the meantime, we are waiting to hear back from an Ivy at The Grove spokesperson and Caprice Holdings publicist Zoe Haldane for the official word, because we have a feeling the Ivy in the Grove may be barking up the wrong vine or at least going through a major identity crisis.
·The Ivy at The Grove [official website]
·The Ivy, London [official website]
·Patrice Gouty: King of Clubs [London Evening Standard]

The Ivy at the Grove