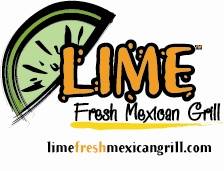 Lime Fresh Mexican Grill continues on its quest of ubiquity, preparing for a major expansion with the opening of five new stores, doubling its presence in just one short year. Six years after opening in a tiny storefront on Alton Road whose lines rival that of, say, Mansion on a Saturday night, Lime plans to be in downtown Miami and Dadeland by Spring. Furhter plans include 10 more Lime locations in Florida and further afield for 2011 and beyond. Founder John Kunkel has chosen only the finest franchisees, scrutinizing their applications like an admissions director at an in demand private preschool. Wanna buy a Lime? With an average unit volume upwards of $2 million, it's not a bad idea. That is, if you pass muster. [EaterWire]