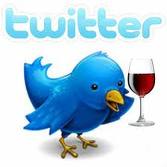 14Thirty-Five at the Four Seasons Miami is hosting a Twitter Wine Tasting at 7 pm on #WineWednesday, November 17. Led by three of the hotel's sommeliers, Twinos are invited to taste three different wines for $15 per flight. In between sniffing, swirling and sipping, drinkers will be Tweeting their comments, hash tag #FSWine. Featured wines are: Loosen Bros. Dr. L Riseling, Paraiso Syrah and Chappellet Mountain Cuvee. Free "lite bites" will be served. Just show up or join the party on Twitter. [EaterWire]