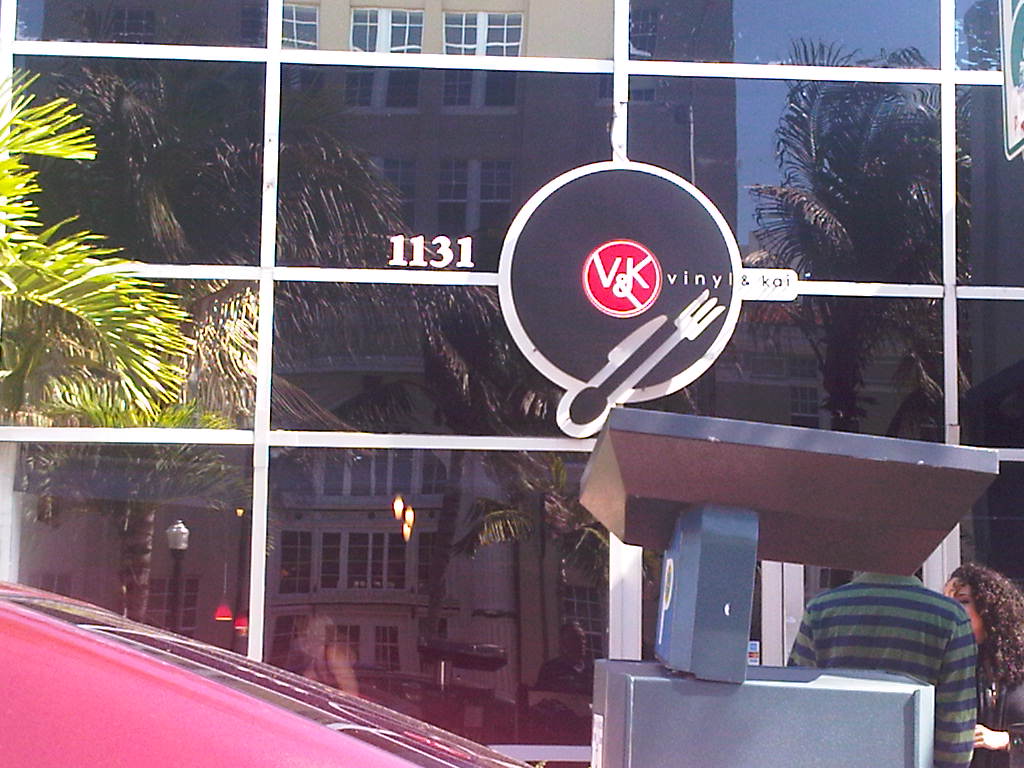 A new sign for a restaurant called Vinyl+ Kai has been hung on the South Beach space formerly known as Sushi Saigon at 1131 Washington Ave. We did a double take at first, thinking it may have been a vintage record shop until we noticed the knife and fork there, so perhaps it's a musical themed restaurant a la Sushi Rock or something. The official website just says coming soon, so who knows. Nearby, the Whopper Bar looks ready for its close up and, to be honest, it just looks like a more streamlined Burger King. [EaterWire]