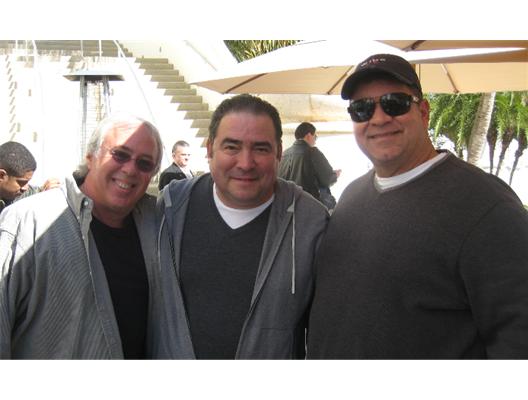 In between prepping for tonight's Bubble Q, Emeril Lagasse spent the morning on the radio, this time on the zany Paul & Young Ron Show, where he moderated the Paul & Young Ron Cookoff in which Paul's Cuban steak trounced Ron's Southern-style chicken cordon bleu. Says who? The judges. Among them: Miami's own Michelle Bernstein and game show host Guy Fieri. [EaterWire]