Share All sharing options for: Chef Jeremiah Presiding Over Debut Dinner for Members Only 'Culture Club'

Jetting in from New York, LA and Toronto is The Society, a private members "culture club for the creative class," whose debut in Miami comes with its inaugural Supper Salon on March 25. The exclusive 30-person dinner is the first in a series of what they're calling "capsule events designed to highlight some of the city's most engaging and offbeat artistic endeavors." Taking place at the private home of fashion designer Naeem Khan--best known for dressing Michelle Obama for the first state dinner--and his wife Ranjana, the Spanish tapas-style tasting menu will be prepared by none other than Miami's very own Chef Jeremiah Bullfrog, captain of the gastroPod Miami, among other things. 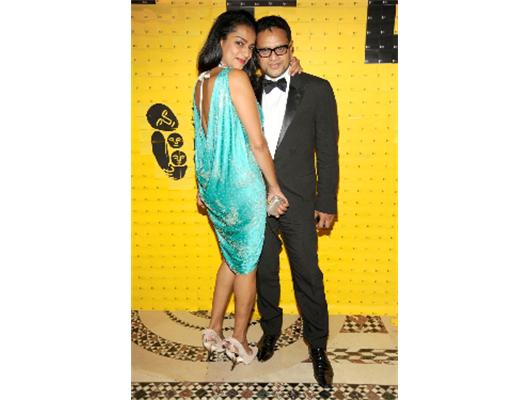 No tickets are available to this dinner. As for becoming a member of The Society, whose MO is to "use each city as their playground to bring forth culturally rich and relevant encounters for their member base: a collection of young, influential and savvy culturites," it's simply who you know. All members must be referred by two existing members and pay a yearly fee of $125. We know Chef Jeremiah. Does that count? [EaterWire]
The Society: A Culture Club for the Creative Class [BlackBook]
All Chef Jeremiah/gastroPod Coverage [EaterMiami]