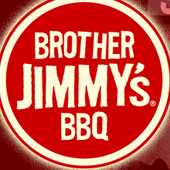 After 33 years in the Wagman family, the space formerly known as the beloved, much lamented Irish House Pub and, more recently, Quarterdeck Seafood Bar and Neighborhood Grill, has allegedly been purchased by Brother Jimmy's BBQ Restaurants of NYC fame. Actually, there are 7 Brother Jimmy's in NYC and 1 in Puerto Rico. The new South Beach location would be a franchise spin-off, aspiring for an early fall opening, would be just like its northern siblings, a meat market on many levels complete with a show smokehouse so you can watch the meat slow smoking on the grill. Keeping with the Quarterdeck sports bar theme: there are plans for over 40 all new HD and 3-D flat screen TV's and a pro baller as principle owner--New Orleans Saints linebacker and former Miami Hurricane Jonathan Vilma. Apparently there's a big bromance between Vilma and Brother Jimmy's founder Jimmy Goldman dating back to when Vilma was in NY playing for the Jets. Also part of the brotherly love: PR whiz Ron Berkowitz, also a Vilma bff whose clients include mega grossing Tao. That said, apparently the Quarterdeck deal was not 100 percent. Update: Coming in straight from the smokehouse's mouth, "Sorry, but there is no Brother Jimmy's opening at The Quarterdeck in S. Beach," Goldman commented early Monday on Eater Miami. Shame, but apparently they are looking for another Miami or South Florida location so stay tuned. [EaterWire]