For those who see the word Salt on the marquis and think immediately of food seasoning, not Angelina Jolie, consider Slow Food Miami's just announced film series, beginning with a screening of today Ingredients: A Documentary Film , which explores solutions for creating a community based on seasonal food, on August 26th at 8:15 p.m. at the Coral Gables Museum. And so you don't go hungry and gnaw on your nails during the movie, they're also offering pre-theater dining options featuring special menu selections with "vibrant seasonal menus by chefs who support the local food movement."

Among the participating chefs: Chef Allen at Books & Books, Norman Van Aken of Norman’s 180 and Cindy Hutson at Ortanique on the Mile. Movie tix are $15 and available here. Dinners range from $24 to $55. Jeffrey Wolfe and the "Wolfepack" at Wolfe’s Wines will be pouring film-relevant wines directly following the screening in order to inspire conversation. He will also be working with Sommeliers at each restaurant on pairing selections.Can't make this one? Don't fret. It's the first of several local and sustainable food-related films and dinners continuing through May 2011. [EaterWire] 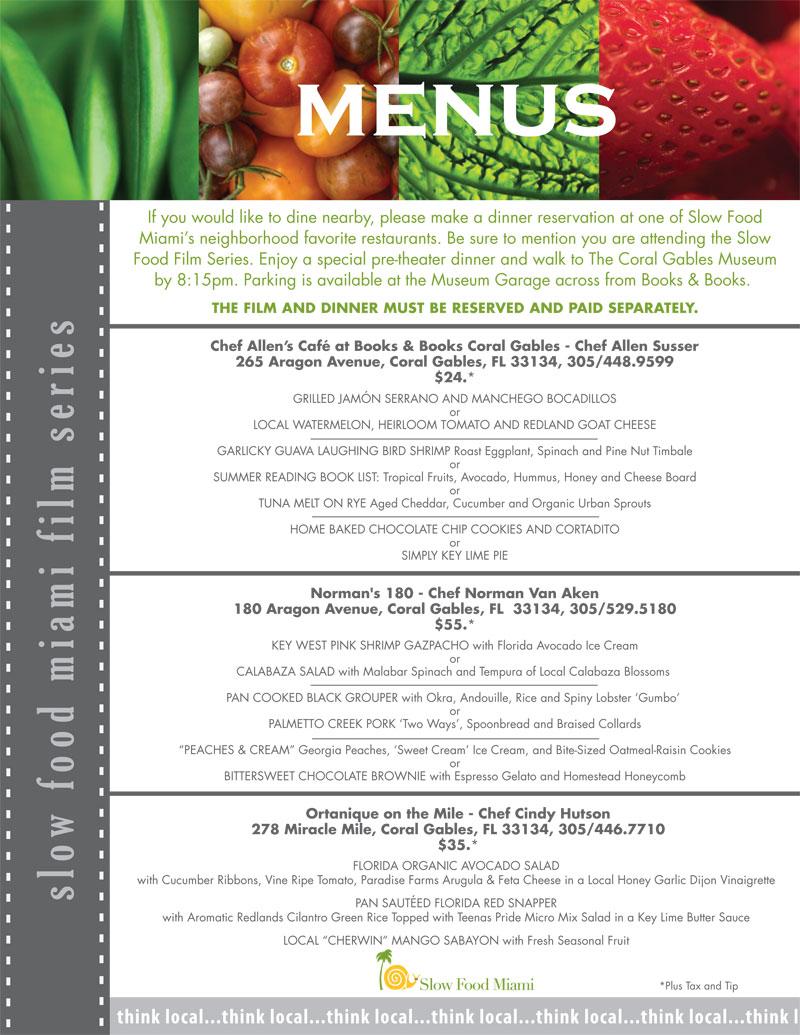