The Top Restaurant Standbys of 2011

Share All sharing options for: The Top Restaurant Standbys of 2011 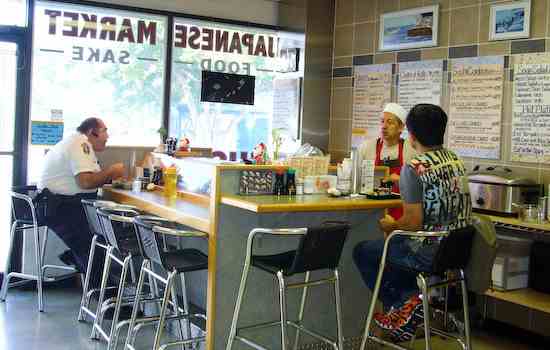 Q. Name your top restaurant standbys of 2011 -- the restaurants you returned to most.

The Chowfather, blogger: Sushi Deli
Frodnesor, blogger: Hiro's Yakko-San, Japanese Market / Sushi Deli, Sakaya Kitchen, Chow Down Grill, Michael's Genuine, Sustain, Chef Philip Ho, Red Light.That's kind of a long list, isn't it?
Ryan Roman, blogger: It was a Michael Schwartz kind of year for me, shuffling between the Flagship and Harry's Pizzeria. And for the 3 months it was alive, I made regular trips to Phuc Yea.
Angelo Elia, owner/chef Casa D'Angelo: Casa Tua and The new Italian Restaurant in The Shore Club, Terrazza.
Aaron Brooks, chef, Edge, Steak & Bar: As I am new to Miami, I have only frequented a handful of places... I would have to give the folks at Pubbelly a shout out... looking forward to getting back there again! Food was awesome!
Mario Tolentino, chef de cuisine of BLT Steak at The Betsy-South Beach: Locally, I eat at Pubbelly once a week. those guys do great stuff and I love the ambiance.