Share All sharing options for: Exclusive! Restaurant Headline Predictions for 2012

As is the tradition at Eater, our closeout of the year is a survey of friends, industry types, bloggers, and readers. This year, we asked the group eight questions, from Top Newcomers to Restaurant Break-Ups . All will be answered by the time we turn off the lights at the end of the week. Responses are related in no particular order; all are cut, pasted and unedited herein. 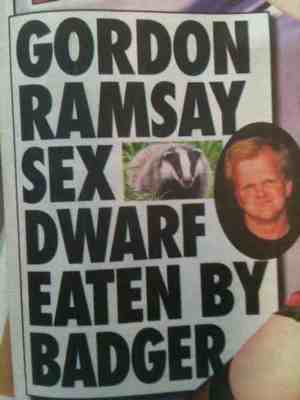 The Chowfather, blogger: "Cobaya Nation."
Frodnesor, blogger: "Jewish Delis Return From the Dead."
Ryan Roman, blogger: "First pop-up inside of a pop-up opens and the concept is forever known as a 'Russian Nesting Pop-up.'"
Angelo Elia, owner/chef Casa D'Angelo:"It will be a great year for all restaurants."
Geoffrey Zakarian, chef/owner Tudor House: "Can Miami become the new Las Vegas?? We shall see."
Mario Tolentino, chef de cuisine of BLT Steak at The Betsy-South Beach: "Miami food scene has arrived!"