Eater Reveal Their Restaurant Break-ups of 2011

Share All sharing options for: Eater Reveal Their Restaurant Break-ups of 2011

As is the tradition at Eater, our closeout of the year is a survey of friends, industry types, bloggers, and readers. This year, we asked the group eight questions, from Top Newcomers to Meal of the Year . All will be answered by the time we turn off the lights at the end of the week. Responses are related in no particular order; all are cut, pasted and unedited herein. 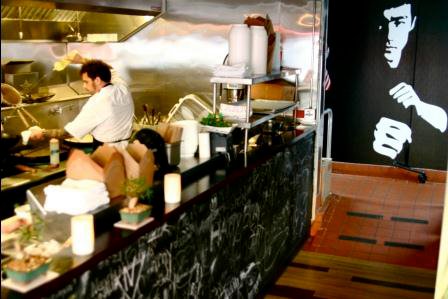 The Chowfather, blogger: Lola's on
Harrison- moved back to the 305.
Frodnesor, blogger: I don't break up with them, they break up with me (close). This year it was American Noodle Bar.
Ryan Roman, blogger: I was never really in a committed relationship with Sugarcane, so I'm not sure we broke up. We flirted a little but let's be honest, I'm just not that into you. That being said, after a few drinks, you start to look good again. Call me.
Aaron Brooks, chef, Edge, Steak & Bar: All my favorite Boston haunts.... moving towns has left a lonely spot in my heart for Fried Clams.... :(

Thomas Keller’s Bouchon to Debut in Coral Gables in 2023