As is the tradition at Eater, our closeout of the year is a survey of friends, industry types, bloggers, and readers. This year, we asked the group eight questions, from Meal of the Year to the city's Best Dining Neighborhoods. All will be answered by the time we turn off the lights at the end of the week. Responses are related in no particular order; all are cut, pasted and unedited herein. 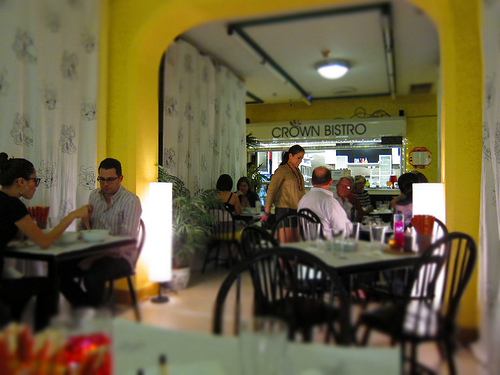 What was the biggest dining surprise in Miami in 2011
The Chowfather, blogger: Abrupt closing of American Noodle and relocation of Naoe.
Frodnesor, blogger: Downtown?! Great to see underutilized turf put to good use for more offbeat ventures like the Phuc Yea! popup, neMesis, smaller scale places like Little Lotus, second outlet for Sakaya Kitchen.
Ryan Roman, blogger: The biggest surprise is that 9/10ths of the food trucks are still in business and not sitting on bricks in a front yard in Kendall. The most pleasant surprise was the success of Phuc Yea, a pioneering pop up. Here's hoping it starts a new trend.
Aaron Brooks, chef, Edge, Steak & Bar: For me the popularity of food trucks.... people go nuts for those things.
Geoffrey Zakarian, chef/owner Tudor House: That there were so many great options from a year ago.

Thomas Keller’s Bouchon to Debut in Coral Gables in 2023