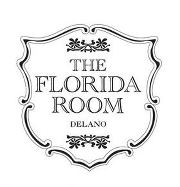 Looks like Food & Wine has posthumously honored The Florida Room at the Delano with a well deserved position on its 50 Best Bars in America list because, in preparation for its next incarnation as FDR, a Vegas-based Light Group production, it has officially closed. This, despite many honors, including Eater Miami's very own Bartender of the Year, John Lermayer, who was responsible for making TFR not just some one night stand. FDR, touts the press materials, is "an invited escape speaking to the need of a sexy, evolved nightlife." While there may be a need for evolved nightlife, there was no need whatsoever to close The Florida Room. Most people, evolved and otherwise, seem to agree. [EaterWire]