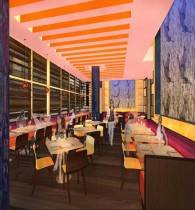 We received a tip from a deep throated lawyer telling us that the new Rosa Mexicano on Lincoln Road had a radius restriction clause with the other location in Mary Brickell Village. So what does that mean? "The clause is onerous and can force the Lincoln Road site to close and default the Mary Brickell site," says the tipster. "It can take the entire chain down in bankruptcy and force lawsuits with the money partners." Whoa! As far as we know, the lawyer does not work for Rosa rival Lime, and while we couldn't get our hands on a copy of the lease, we did contact Rosa, whose rep says the tip's as bad as prepackaged guacamole. "“Any rumors regarding the new South Beach location of Rosa Mexicano closing as a result of a radius conflict with the Brickell location are totally unfounded," said a spokesperson, who added, "There is no conflict regarding radius between Rosa Mexicano and its landlord.” [EaterWire]