While the restaurant portion opened two weeks ago, the highly anticipated big player Cooper Avenue in its entirety was not fully open until yesterday. This new kid on the block (literally, it takes up a whole block) is brought to South Beach by restaurateur/nightlife/real estate impresario Amir Ben-Zion of Gigi, Bardot, and recently South Street, and his partner, restaurateur Shai Ben-Ami. Conveniently located just off Lincoln Road on the bottom floor of the New World Symphony and across the street from the Fillmore and Miami Beach Convention Center, Cooper Avenue picked the right spot to land in. What's sure to be the new go-to spot and a gathering place for locals and tourists alike, Cooper is like a small village- a Whole Foods on steroids. 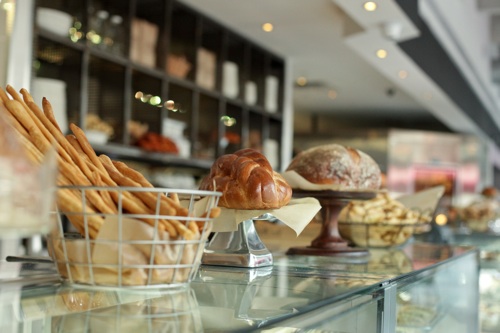 The Gigi-esque restaurant and bar serves fresh, simply elegant American food at affordable prices and will be open until the wee hours of the morning in the near future (open till 1a.m. now). Cooper's marketplace stocks just about everything from specialty gourmet cooking products to ready-to-go food and drinks to magazines, newspapers, coffee, cigarettes, condoms, and whatever else you might need to pick up on the run. Says Amir,

We called it an 'Avenue' because in New York you walk down the street on West Broadway and you can stop for a drink or a coffee, and then pick up dinner. You have everything you need. That doesn't really exist in Miami.

For those familiar with Colette in Paris, it's comparable to that concept as an all-in-one place where an entire day could easily be spent at one of the sidewalk tables from breakfast at the bakery to a hot ready-made lunch to drinks at the bar to dinner at the restaurant or to go. There's even delivery for those in the area who can't make it over, and Amir tells Eater, soon a Cooper Avenue App to make the process even more seamless. 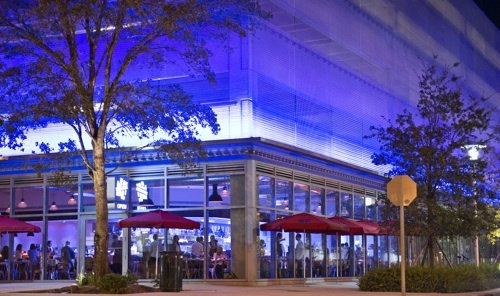 There's also a separate lounge away from the bustle of the restaurant that will be having a DJ on special nights and other events. Cooper, thanks for bringing something Miami Beach so sorely needed.