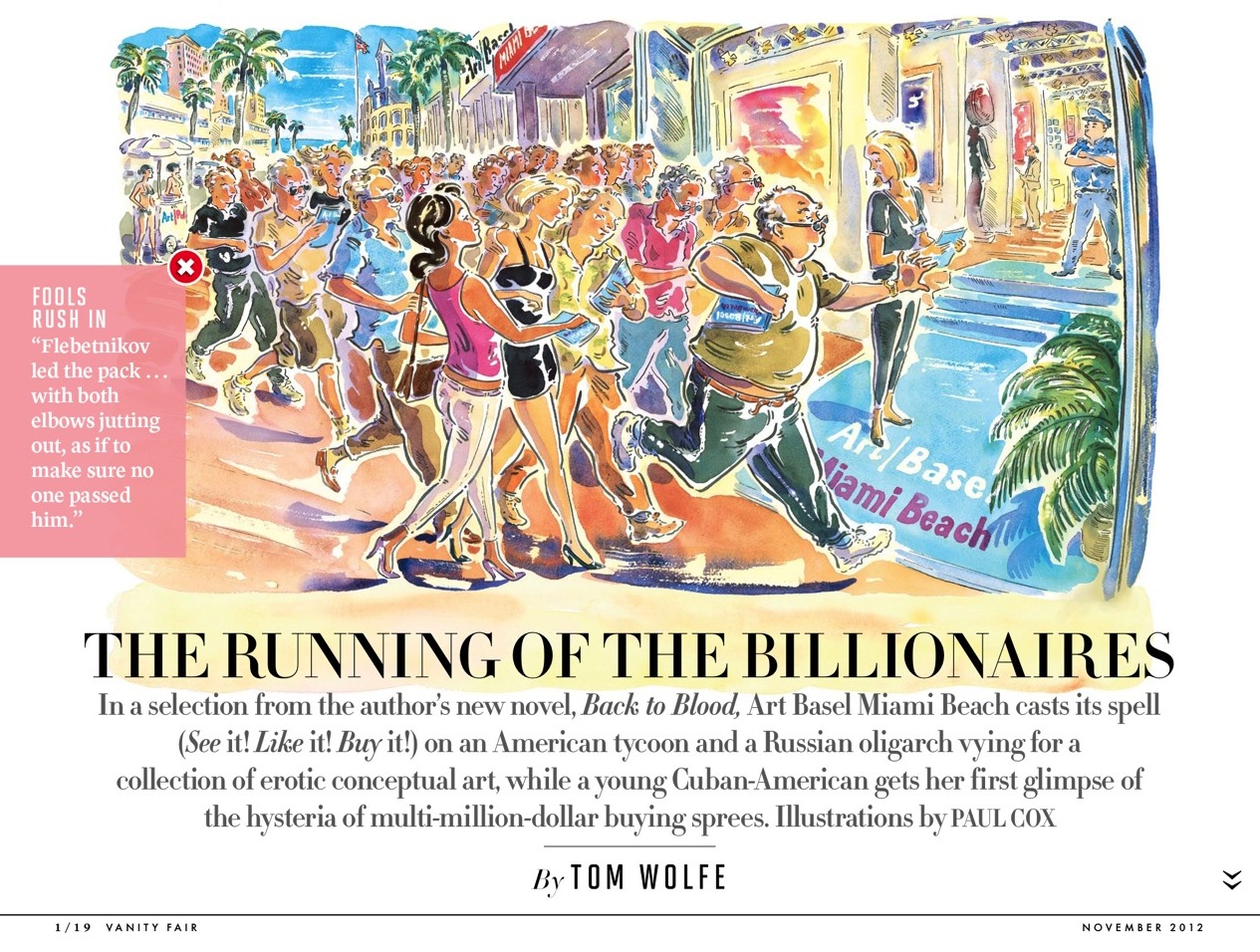 THE PRINTED PAGE· In case you haven't heard, the proverbial Tom Wolfe's latest novel is about Miami. What, you have heard? Have you heard that Curbed Miami has an excerpt. Why, yes, here are a few paragraphs of the highly anticipated book, from an extended excerpt in the November issue of Vanity Fair. The book itself comes out later this month.

DOWNTOWN FT. LAUD· South Florida does things in fads. Why have just one project by starchitect Bjarke Ingels when you can have five? Ok, we're nowhere near five, but the second has just been announced, in Fort Lauderdale, on the New River. It's a 1072 unit giant of multiple residential buildings that look like a busted wall of legos, but in a really awesome way.

GRAND CENTRAL PARK· Grand Central Park wants everyone to know it's doing just fine. Although news of its sale prompted speculation about its imminent demise, the park is staying put, and not even on life support. Expect at least two more years of Grand Central Park, and cross your fingers for more.