The Hoxton Brings Some of New England to Miami

Share All sharing options for: The Hoxton Brings Some of New England to Miami

They say good things come in threes. The first of a three part series of new openings at The Axis condominium in Brickell opens tonight in the former Lucky Clover space: The Hoxton. Coming soon will be its neighbors Boxpark and Harvey Wolf. 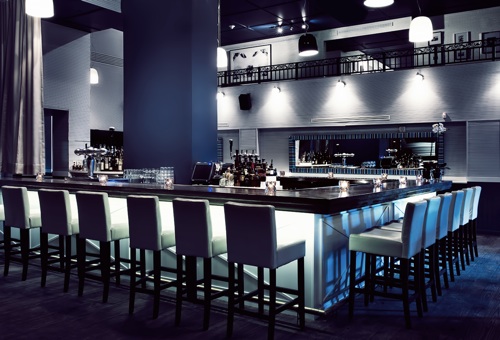 The trio is being launched by Nobu veteran Santiago Rodriguez, who founded his own restaurant and nightlife company, Vassili Group. The Hoxton is self-described as an "urban beach house" with a Hamptons vibe for great drinks and bites to start off any afternoon or evening. Boxpark will be the intimate restaurant adjacent to The Hoxton for cozy dining at the communal or in-kitchen seating. And, as wolves do, Harvey Wolf comes out at night as the dark, seductive lounge that will bring live music and entertainment. But let's get back to what's opening tonight at 6p.m., The Hoxton. Rodriguez is bringing his European influence from London and combining it with a New England feel for a casual place to meet for happy hour, watch the game, or grab some food. Expect a lot of Northeastern seafood specialties from Bluepoint Oysters to a Maine Lobster Roll to the New England Clam Bake. Beer, wine, cognac, and cocktails like the Hoxton Lemonade round out the drinks, and finish on a sweet note with the Blueberry Cobbler. Says Rodriguez, "I want to create a venue where guests could feel comfortable, almost like they were in their friend's living room." Kicking back after a long day with a lemonade and some oysters on the porch? Don't mind if we do. 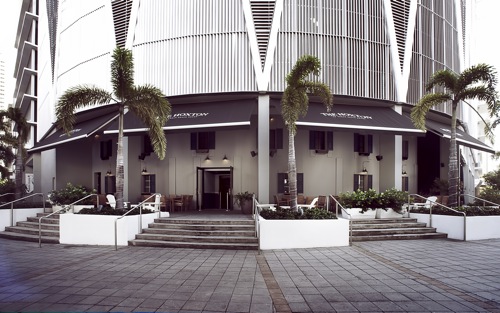