The retro-revamped Shelborne hotel on South Beach is upping the ante of new restaurants on Collins Avenue with its brand new addition, Sushi MiKasa. While the Brooklyn original opened earlier this year, Miami's Sushi MiKasa made its debut this past weekend under celebrity Jonathan Cheban. Cheban is a reality TV star, website and jewelry line owner, and most importantly of course, BFF and guy pal to Kim Kardashian. He's now adding "restaurateur" to his list as this is his first venture in the restaurant world. 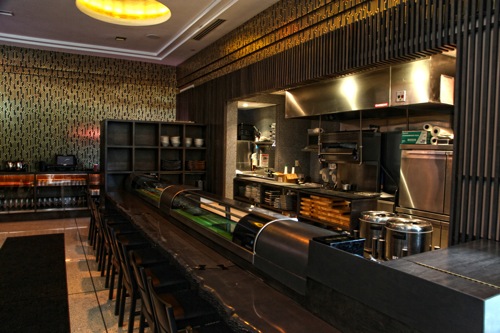 Supposedly Cheban's favorite restaurant, Sushi MiKasa is bringing the same concept of the Brooklyn location, a "high-end omakase-centered Japanese eatery," with of course a little glitz and glam fit for SoBe. Cheban's also brought down Sushi MiKasa founder Chef Kevin, also of NYC's Upper East Side restaurant Sushi Seki. Expect traditional Japanese sushi bar fare along with signature creations and Chef Kevin's originals like a tuna pizza. The sushi and sashimi selections include a kampachi yellowtail, chopped toro, bonito, and chopped eel. For those not keen on raw, the hot entrees like beef negimaki, chicken teriyaki, or udon and soba noodles are available as well. They've also got mochi for dessert to round out the meal. 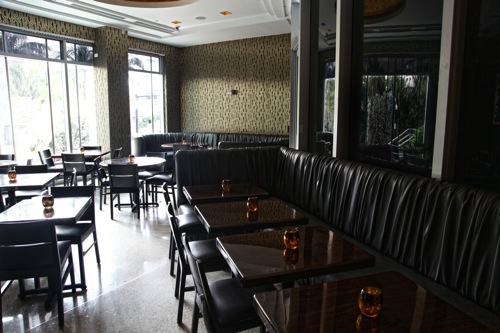 Pull up a black lacquered chair at the 10 person sushi bar or have a seat at the leather banquettes in the dining room with peacock blue velvet-lined walls with gold geometric patterns. This place has Kardashian written all over it for the next time they take over Miami.