Share All sharing options for: Friends of Eater Name Top Newcomers of 2012

As is the tradition at Eater, our closeout of the year is a survey of friends, industry types, bloggers, and readers. We've already covered Best Standbys & 2012 in One Word. Now it's time for our favorite New Restaurants of 2012. 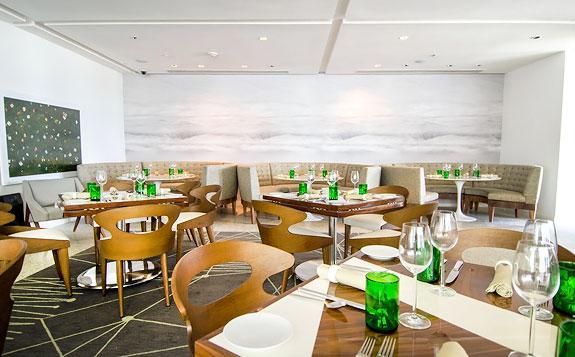 Q: What are the top restaurant newcomers of 2012?

Frodnesor, of Food For Thought: A Miami Food Blog: The Bazaar by José Andrés, Florida Cookery

Ryan Roman, of Miami's Restaurant Power Rankings: Blue Collar, Josh's Delicatessan & Appetizing, and My Ceviche. The Federal is another highlight, along with the reincarnation of NAOE, the temporary-to-permanent Eating House, and sneaking in just under the wire, MC Kitchen in the Design District.

Cari Garcia, of Fatgirl Hedonist: Blue Collar, Josh's Delicatassen & Appetizing, The Federal, The Bazaar. And although I haven't been, Eating House is wildly popular.

Steven, of Chowfather: The Bazaar wins this easily. Newly opened MC Kitchen and Florida Cookerymaking some noise as of late.

The Bazaar by Jose Andres at the SLS Hotel