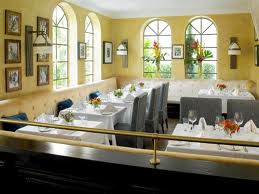 660 at The Angler's has filled the void left by Giorgio Rapicavoli, whose Eating House pops up in Coral Gables on Friday, with Executive Chef Carlos Torres, whose resume includes stints at NYC's Lucy Latin Kitchen and Pipa and, in Miami, as executive chef at Douglas Rodriguez's Ola. Torres also won the Miami New Times Iron Fork Competition in 2011. With him comes an obvious Latin influence, with new dishes including scallop ceviche and octopus escabeche confit. [EaterWire]