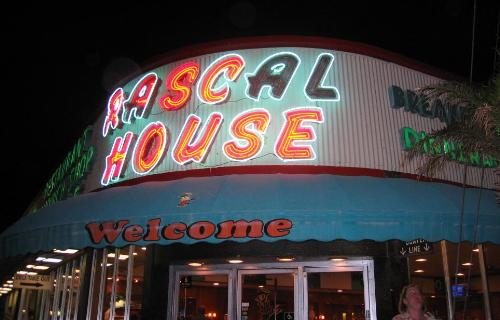 SOWYN? - Real estate agents have dubbed the neighborhood just to the northwest of the Arsh Center with the name "SoWyn." Well, so far, SoWyn doesn't seem to be going over too well with the locals who have called it everything from a New York rip-off, to dumb, to a betrayal of its history as an extension of Overtown.

SUNNY ISLES BEACH - Developer Gil Dezer just bought three acres up in Sunny Isles Beach, where Epicure Gourmet Market is now, and where The Rascal House, a legendary jewish deli, once was. He may be resurrecting a plan to build a condo tower on the site, but no details have been confirmed. Sentimental as we are, there's a whole gallery of old pictures of the Rascal House, over at Curbed.

COCONUT GROVE - Things are a bit of a fiasco over at Scotty's Landing, in the Grove. While the city tries to find a new proprietor, the news surfaces that Scotty himself owes millions in back taxes, which somehow may invalidate the whole RFP process thus far. This would require restarting the tenant search, and ironically giving Scotty a "temporary" year extension on his lease while they look.