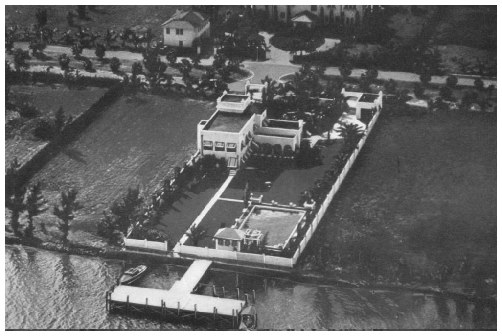 PALM ISLAND - Famous gangster Al Capone's house has hit the market after an extensive restoration, for just under 10 million bucks, and it's got a pretty incredible history, and some gore, to boot. It was the glamorous home of a gentleman mobster, and the setting of boozy parties in prohibition era Miami. It was also the place where Capone planned the horrid St. Valentine's Day Massacre, in far off Chicago, and where he died of advances syphilis many years later.

DOWNTOWN - Genting has scaled down their massive Resorts World Miami to a 'modest' 2 residential towers and a 500 room hotel, which will probably be in a third tower. It's a drastic massive downsizing from their previous plan for 5000+ hotel rooms, but it's still big, and about half the size of Brickell CitiCentre. Meanwhile, Dade Heritage Trust has submitted an historic designation application for the Miami Herald Building right under Genting's nose, which could force Genting to drastically alter their plans.