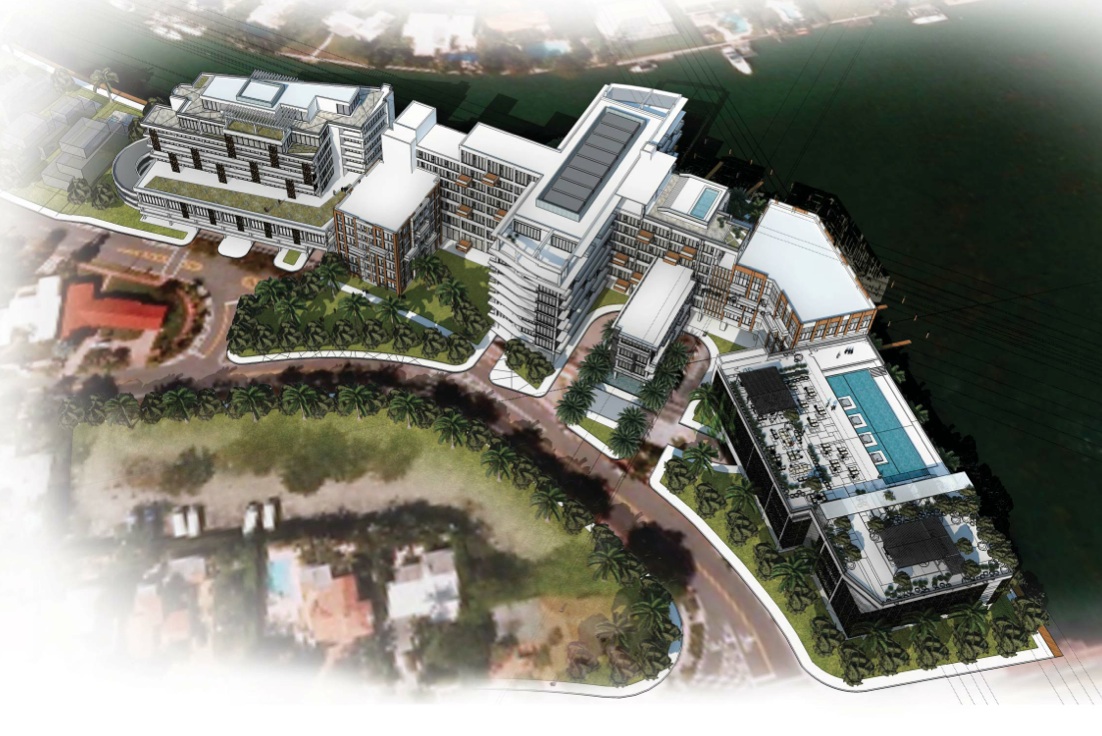 MID BEACH - Italian architect Piero Lissoni's design has been revealed for luxury condos at the old Miami Heart Institute. He's not demolishing and rebuilding on the site, but actually using the same old, rather hideous, 1980s hospital building, but gutting it so extensively you won't be able to recognize it. He's turned a dumpster into a David.

EDGEWATER - The Related Group has gotten a rather sweet deal from the City of Miami for a new building (which we now know will be named Icon Bay). They've been given a former street with stunning bay views to build a condo tower on top of, in exchange for building a public park at the base of that street. The building would thus be lifted above the park on columns. The whole fishy situation doesn't sound very public to us, and comes with a monolithic tower blocking bay views for the remainder of the street, which remains public, behind it.

BAL HARBOUR - Bal Harbour Shops is growing, with a large new addition that will grow like an extra limb to the west, gobbling up the Bal Harbour Village Hall and the Church by the Sea in the process. Rumors are flying as to who the new anchor department store for the new wing will be. So far we've heard Bloomingdale's (a bit downmarket for them, eh?), Barneys (Nice choice), and even Bergdorf Goodman (The first outside of Manhattan = a BIG deal).

BRICKELL - What if the last remaining undeveloped waterfront lot in Brickell, an entire block of beautiful grassy expanse between the Metromover and the S. Miami Avenue bridge, remained undeveloped and was turned into a gorgeous public park? Then you'd have Brickell Green Space, and the densest neighborhood south of Manhattan would finally get some well needed green. The BGS people have released conceptual site plans, and it looks spectacular.