Share All sharing options for: Friends of Eater On Miami's Biggest Dining Surprises

As is the tradition at Eater, our closeout of the year is a survey of friends, industry types, bloggers, and readers. This year, we asked the group eight questions, from Top Restaurant Standbys to the city's Best Dining Neighborhoods. All will be answered by the time we turn off the lights at the end of tomorrow. Responses are related in no particular order; all are cut, pasted and unedited herein. 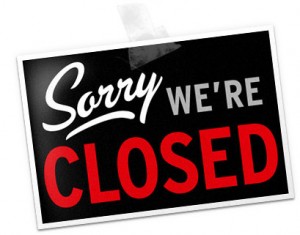 Q: What was the biggest dining surprise of 2013?

Evan Benn of Miami.com: Restaurant Michael Schwartz at the Raleigh. The dishes are all replicas of or similar in style to what you'll find at Michael's Genuine Food & Drink, the service is better than the norm for South Beach, and the atmosphere by the Raleigh pool is unparalleled.

David Rosendorf (aka Frodnesor) of Food For Thought: The closing of BoxPark - it was a long time in development, immediately became one of my favorite places once it opened, and then closed before it could even really find its groove when the building was sold.

Ryan of Miami Power Rankings: That time all of the food trucks drove off a cliff Thelma and Louis-style.

Zachary Fagenson of Clean Plate Charlie: I think the mediocrity we're seeing all over Brickell is really shocking, especially consider that it's supposed to become the heart of Cosmopolitan Miami. I was saddened to hear that Boxpark closed (which I'm told was due to poor business behind the scenes). I think the neighborhood can sustain really excellent, creative restaurants of which there are a handful. I think the disposable income is there. I'm sure we'll see a new wave of restaurants coming in with all of the ongoing construction, but from what I hear about leasing prices I'm doubtful chefs are to be able to find the money to set up in the area.

Laine Doss of Miami New Times: Maybe more drinking than dining...but seeing Julio Cabrera as a GQ Cover model was my favorite moment in the 2013 Miami dining scene. True, he's one of the best bartenders in Miami, but he's also one dapper dude and he just belongs on the cover. We'd better watch out -- Armani is going to come calling and who will make us a perfect Papa Doble then?

Matthew Melzer of Thrillist: That P.F. Chang's still hasn't sued Mr. Chow for serving their food. Under surprising yet satisfying, big names like Umami Burger and Cipriani coming here and getting pretty universally (deservedly) panned, showing that Miami isn't as much of a sucker for a big name as people think.:

Emily Codik of Short Order: 50 Eggs was in the news quite a bit this year. There was a crazy -- and rather hilarious -- lawsuit against Chef Bee, who allegedly broke "out in hives if he had to cook". Also, there were some scandalous allegations against Jeff McInnis, brought up by his ex-wife.

Ashley Brozic, Eater Contributor: The most surprising restaurant I've tried this year is definitely Havana 1957. I'm pretty apprehensive to try Cuban fare on South Beach, as I feel you need to venture deep into the mainland for a decent Vaca Frita, however three bites into Havana 1957's Ropa Vieja and I was hooked. It's been around for a while, but I feel it's never really gotten the press attention it deserves. There's nothing gimmicky on the menu or overly-creative; it's just traditional Cuban done right.
[Photo via Taste of Park City]