If you buy something from an Eater link, Vox Media may earn a commission. See our ethics policy.

As is the tradition at Eater, our closeout of the year is a survey of friends, industry types, bloggers, readers & foodies. This year, we asked the group eight questions, from Top Newcomer to the unusually succinct description of the city's Dining Scene in One Word. All will be answered by the time we turn off the lights at the end of tomorrow. Responses are related in no particular order; all are cut, pasted and unedited herein. 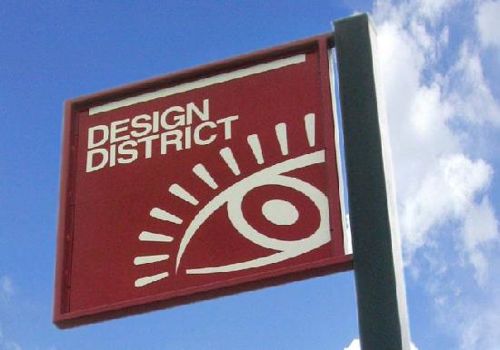 Q: What was the best dining neighborhood in Miami of 2013?

Ryan of Miami Power Rankings: Everyone is going to say Sunset Harbour, so I'll say not Sunset Harbour. Put me down for Dadeland Mall Food Court. Mrs. Fields, yo.

Steven of Chowfather: It's Hard to beat Chefs Bachour, Makoto & Kilgore across the street from each other in Bal Harbour but based on my recent tier rankings, South Beach reigns supreme for quality and depth.

David Rosendorf (aka Frodnesor) of Food For Thought: I'll give the same answer I gave last year: Sunset Harbour. With the addition of Lucali, PB Steak, Panther Coffee, and a roomy parking garage, along with the rest of "Pubbelly Street" and Sardinia, it's only gotten better.

Laine Doss of Miami New Times: Sunset Harbour is clearly having its day. Where else in Miami can you literally stroll from restaurant to restaurant? My goal for 2014 is to have a progressive dinner -- starting at Pubbelly and working my way around every restaurant in Sunset Harbour - until I explode.

Evan Benn of Miami.com: Brickell. Lots of great choices there, but the new flavors chef Jacob Anaya is bringing to OTC are worth a look.

Zachary Fagenson of Clean Plate Charlie: Sunset Harbour. All of the Pubbelly restaurants and the completion of the garage and shops below has really transformed that part of the beach from a kind of obscure, out of the way place to somewhere that's a real destination and neighborhood. I wish I bought a condo there seven years ago.

Emily Codik of Short Order: Design District has been winning this prize for years. In 2013, though, Sunset Harbour took the lead with Panther Coffee, Pubbelly boys, and Lucali.

Ashley Brozic, Eater Contributor: I think South Beach has always had a strong foothold in the culinary scene and they've continued to do so this year. Restaurants like Yardbird, Katsuya, and Tongue & Cheek have me crossing the Richenbaker for delicious dining experiences. I also think that the Midtown and Wynwood areas have a killer lineup of restaurants, and I'm excited to see what 2014 has in store for the area.