Share All sharing options for: Friends of Eater Name Top Newcomers of 2013

As is the tradition at Eater, our closeout of the year is a survey of friends, industry types, bloggers, and readers. We've already covered Best Standbys and 2013 in One Word. Now it's time for our favorite New Restaurants of 2013. 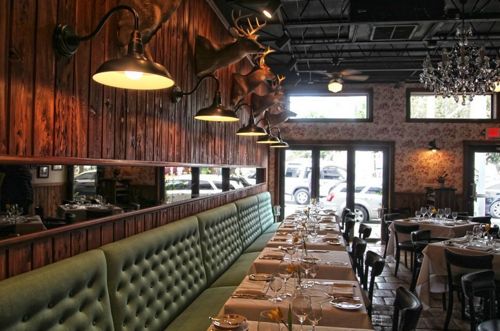 Q: What are the top restaurant newcomers of 2013?

David Rosendorf (aka Frodnesor) of Food For Thought: Since BoxPark is already gone, I will go with Richard Hales' BlackBrick, which I've only had a small sample of but which has me genuinely excited.

Matthew Melzer of Thrillist: Soi Chinese Kitchen – Holy crap somebody finally figured out how to make good Chinese food in Miami that doesn't require driving to Bird Road and The Everglades (love ya, Tropical). And they deliver to basically anybody that lives within graffiti-ing distance of I-95.

Runners Up: Huahuas – possibly the only restaurant to open up in South Beach that charges $3.25 for a taco, and gives you $3.25 worth of Taco.

Toasted Bagelry – Any time you create something we can throw in the face of New Yorkers to say "SEEE?? It's NOT in your precious water!!" you're adding great value to the city. Also the best new sandwiches of the year, hands down. Once they get a "bagels to-go only" line implemented they'll be unstoppable.

Laine Doss of Miami New Times: Tongue & Cheek gets kudos for nailing a neighborhood restaurant that doesn't lack in the sophistication department. Chef/partner Jamie DeRosa's team creates a warm atmosphere from the minute you walk in the door. The cocktails always surprise me (like the one I just had -- complete with duck-shaped pear slice), and the food is solid. Every time I go there, I leave saying, "that was exactly what I wanted" -- no matter what I ate and drank.

Steven of The Chowfather: The Cypress Room and Lucali

Ryan of Miami Power Rankings: Box Park was my favorite newcomer before it went. And for one that is still open (as of the date I'm writing this but no guarantees a week from now), Wolfgang's serves the best steak in town.

Evan Benn of Miami.com: Barley & Swine in Dadeland. It may not have gotten as many stars from critics as other new joints, but the food Jorgie Ramos is putting out at B&S is the kind I want to eat. It's sort of all over the place, with flashes of Southern, Spanish, Asian, Italian and Latin influence, but it's all very delicious, and it all pairs well with 29 well-sourced craft beers on draft.

Emily Codik of Short Order: The Cypress Room. This year, most restaurants operated under a relaxed dining model: no tablecloths, "Dishes come out as they're ready," and ear-splitting music. The Cypress Room proved that Miami appreciates pretty porcelain plates -- and not only Mason jars as cups and dish towels as napkins. I think it hints at the reemergence of fine-dining that will come over the next few years.

Zachary Fagenson of Clean Plate Charlie: I haven't yet been, but I'm going to go out on a limb and say it's Blackbrick. Richard Hales is a really astute fine dining guy. He's got the kitchen chops and I think he's also a good businessman. He's done great things with Sakaya but it seems like there's only so much you can do with fast casual before you start chaining it out. Despite the tattoos I think a wine menu and a well-dressed wait staff suits him far better than a food truck.

Ashley Brozic, Eater Contributor: Newcomer: Alright, don't judge me but, I was pretty damn excited about Sonic Beach opening in Miami. I had enough of their commercials tantalizing me about seasonal Sonic Blasts and tater tots, only to remember moments after that the nearest Sonics was in Fort Lauderdale . Sure, it was a fun road trip now and then, but it's nice to know that its greasy burgers and cheesy tots are now at my disposal, with a side of beer or wine.