Food Writers on Their Best Meals of 2013

Share All sharing options for: Food Writers on Their Best Meals of 2013

Our 2013 survey is coming to a close today. We asked our friends, industry types, bloggers, and food lovers to describe the dining in Miami over the past year, from Top Restaurant Standbys to the city's Best Dining Neighborhoods. Readers, please add your thoughts to the comments. 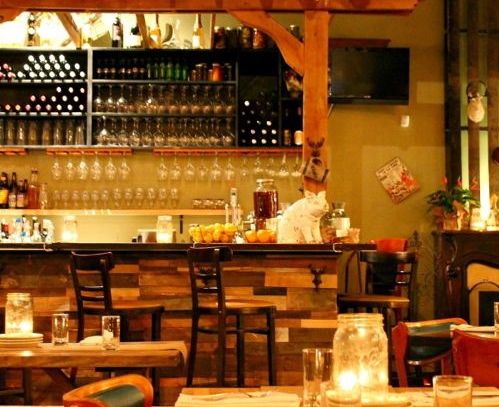 Laine Doss of Miami New Times: It's still new, but Bocce Bar nailed it out of the ballpark when I was last there. From the Buffalo ricotta with pumpkin and truffles (which was the single best dish I remember having in 2013) to the canneloni with wild mushrooms, I was duly impressed. I'm pretty much obsessed with all things Italian (I have a Fiat, damnit), so this is right in my wheelhouse. But everything from the service to the Negroni to the pasta was wonderful. Plus, you can work off your meal at the bocce court.

Ryan Roman of Miami Power Rankings: For an outcall it is Little Serow in Washington, D.C., where chef Johnny Monis serves up a family style feast of Northern Thai dishes. The meal is accompanied by cucumber and leafy green veg to cut the heat, which is unabashed. For an incall it is Blue Collar's Cobaya dinner to raise money for Susan G. Komen for the Cure, where the menu read like something a Russian oligarch would eat (caviar, stone crabs, lobster, prime rib).

Zachary Fagenson of Clean Plate Charlie: A couple weeks ago I was in New Orleans for the first time and made sure to do all of the can't-miss tourist eating, including the tasting menu at Commander's Palace. Of course it was mind blowing, rabbit pot pie and so on, but really the level of service made it special. I know it's been repeated ad nauseum but we're still lacking this in Miami and it's such a game changer. What a pleasure it was to have a hostess who didn't seem hungover, to have a server who actually knew the menu, and to not have to beg for water or new silverware.

Lesley Abravanel of Miami.com: A toss up between aforementioned Wendy's Pretzel Pub sandwich and a breakfast sandwich at Bouchon Bakery in Napa Valley.

Matthew Melzer of Thrillist: Paradise Farms dinner with Dewey Lasasso, where dude basically took food straight off the vine, cooked it, and served it to us while we muddled Margartias out of more farm fresh stuff and Milagro tequila, making us forget that we were eating outside on an intolerably frigid night of like, 60 degrees.

Emily Codik of Short Order: It was at Forequarter in Madison, Wisconsin. The kitchen there lacks a chef and works like a collective. Their charcuterie team, Underground Meats, is absolutely fantastic, and I was equally impressed with the rest of the meal: sautéed rainbow trout and roasted green beans with smoked pork, sauerkraut, and pickled mustard seeds.

Evan Benn of Miami.com: Fried whole yellowtail snapper at Yakko-san. It was a celebration meal with friends, and we ordered more dishes (and Sapporos) than I can remember. But the spectacle of that fish -- brought fresh to the table, then taken back to the kitchen, where it's chopped into chunks, deep-fried, and plated with the tender nuggets tucked back inside the snapper -- make it unforgettable.

Steven of The Chowfather: I enjoyed lots of great meals this year in Miami and I will be posting my best meal of the year soon on my website. In the mix, Harry's Pizzeria Pop Up Dinners with Paul Kahan and Matthew Accarino; Cobaya Dinners with Makoto Okuwa (Makoto), Michael Pirolo (Macchialina), Daniel Serfer (Blue Collar), Jose Mendin (Pubbelly/PB Steak), Nina Compton (Scarpetta) Dale Talde at Khong, Trufflepalooza with Andrew Carmellini, Conor Hanlon and Josh Gripper, Jeremiah Bullfrog's gastroLab at The Wolfsonian and Bourbon on the Brain (Steak 954). Stay tuned!!

David Rosendorf (aka Frodnesor) of Food For Thought: As for meals here in Miami, I'm torn between the "Spring Equinox Dinner" that Conor Hanlon and Brad Kilgore (now at J&G Grill) did at the Dutch back in March, and the "P.I.G. #4" event that Jeremiah Bullfrog recently put on along with Hanlon, Kilgore, Aaron Brooks from Edge Steak, Giorgio Rapicavoli from Eating House, Antonio Bachour from J&G Grill, and Steven Santana from Broken Shaker. Or I could put together a great Franken-dinner from some of our Cobaya events of the past year with the charcuterie from Mathieu Godard at DB Bistro, Makoto Okuwa's sashimi, Michael Pirolo's polenta with tripe and quails at Macchialina, and Antonio Bachour's desserts from our afternoon tea at J&G.

Ashley Brozic, Eater Contributor: Ugh, do I have to pick just one?! I tried the Federal for the first time this year (I know, where have I been, right?) and let me tell you, I've been dying for the occasion to go back. My friends and I got the Chef's Tasting menu, so over the course of two hours we dug into their Jar O' Duck, Babs "chili & fries", crawfish and grits, barbecued deviled eggs, a creamy burrata and their Buttermilk Biskit. I washed it all down with Founder's Mango Magnifico, which is possibly the most magical beer I've ever had. I think I'm about to make a reservation for, like, tonight.