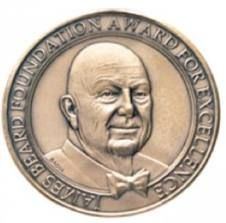 The James Beard Foundation just announced its 2013 award semifinalists and on the lists of winners are five Miami favorites. The restaurants among the semifinalists are Khong River House for Best New Restaurant and The Broken Shaker for Outstanding Bar Program. For Outstanding Pastry Chef, Hedy Goldsmith of Michael's Genuine Food & Drink. Giorgio Rapicavolli of Eating House is up for Rising Star Chef of the Year. And up against each other for Best Chef in the South are Jeff Mclinnis of Yardbird Southern Table & Bar and Jose Mendin of Pubbelly. The list will be narrowed down to finalists on March 18 and the winners will be announced in May. Congrats and good luck to all. [EaterWire]