Rem & Bjarke Battle On The Beach; Dirty Comments For Zaha

Share All sharing options for: Rem & Bjarke Battle On The Beach; Dirty Comments For Zaha 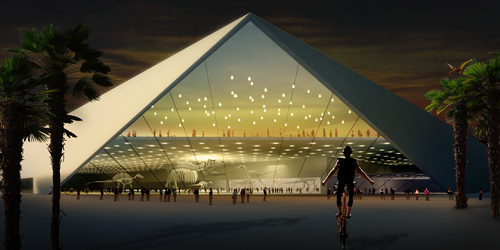 2) Brickell: Despite an underwhelming earlier rendering, a new look at the upcoming SLS Brickell hotel and residences shows that it, in fact, will not be bland at all.

4) Star Island: That Real Housewife of Miami and her plastic surgeon husband who were fighting preservationists to be able to demolish their historic house recently received permission from the City of Miami Beach to go forward with the demo and then promptly sued the city for not giving it to them fast enough. Naturally, the couple sees nothing wrong with doing this.
· Curbed Miami [miami.curbed]