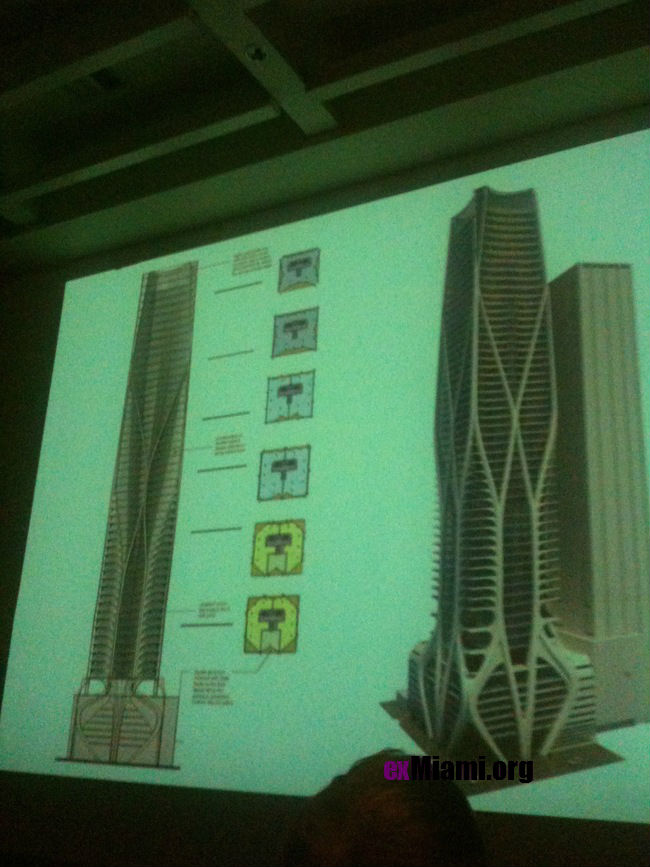 1) Biscayne Boulevard: The parametric Queen, Zaha Hadid, is doing a condo tower in Miami called One Thousand Museum - her first skyscraper in the western hemisphere - for which details have been all hush hush until the other day when Lady Zaha decides to show it to a bunch of students at Harvard. Now that the cat's out of the bag, here's the first public look at her new Miami condo tower.

2) Miami Beach: The record for highest priced condo sale in South Florida has been bested yet again, this time by a $34 million double-unit penthouse at Ian Schrager's Edition, a gut renovation of the midcentury Seville Hotel. Btdubs, the price per square foot of the swanky spread is also pretty mind numbingly large too, at 3800 bucks.

3) Aventura: After an ever-so-brief hiatus, the enormously decadent condo launch parties that Miami is so known for are back, and back with a vengeance. One last night included a human chandelier serving champagne and that gold Lamborghini that gets around more than yo' mama.