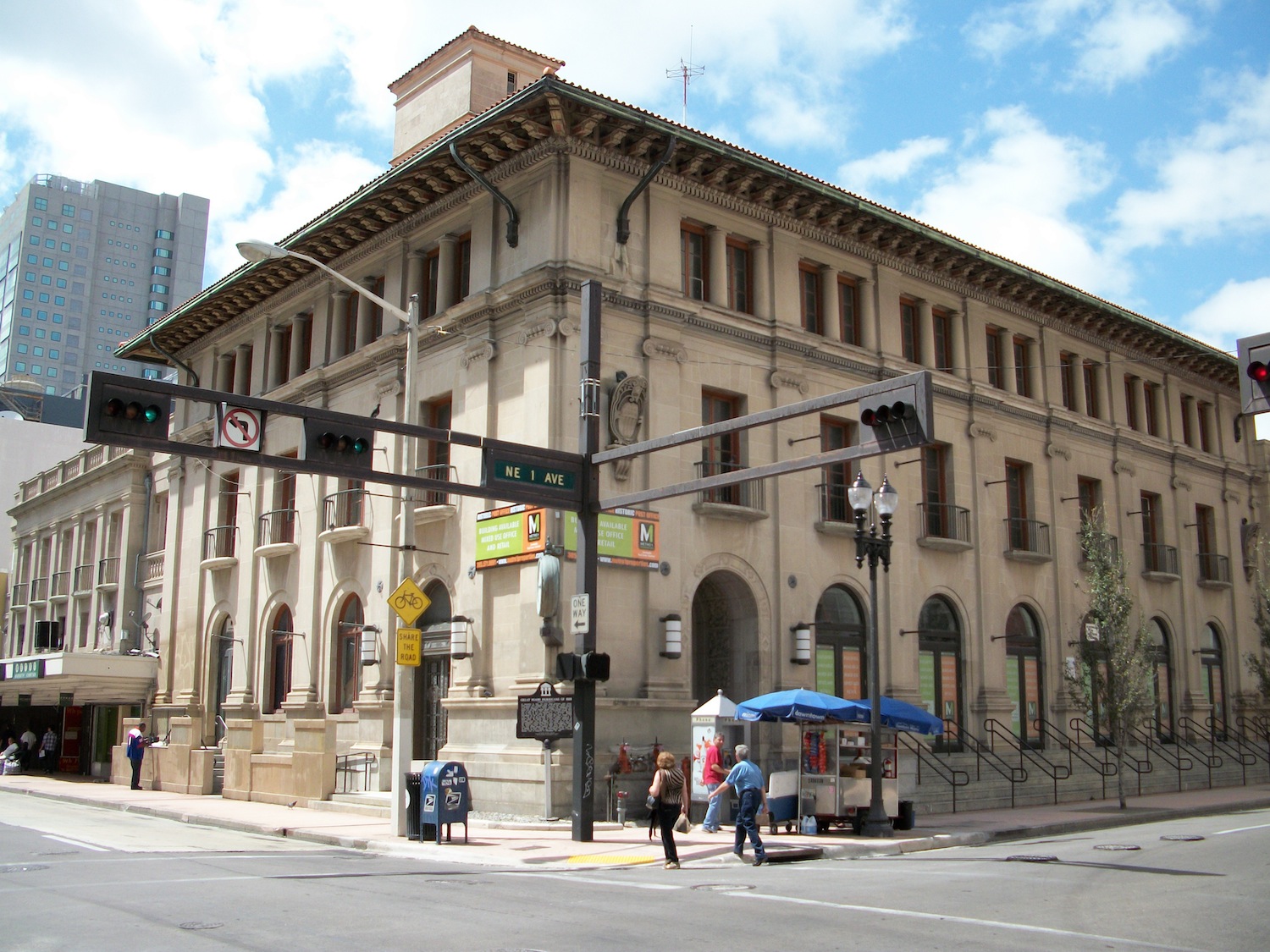 1) Downtown: Miami hasn't always been art deco, and glassy modernism. Early on, Downtown Miami had architectural aspirations for a certain Beaux Arts grandness, resulting a crop of splendid office buildings, and at least one opulent movie palace. Do check out the Curbed Miami walking tour of Beaux Arts downtown Miami.

3) South Beach: It's pricechopping time for the Versace Mansion. The house, officially called Casa Casuarina, has seen it's price fall from $125 million to $100 million, and now, to $75 mill. But don't feel too bad. It's still a hell of a lot of money.

4) Downtown: After months where the only decent renderings available had been leaked by yours truly, the condo tower being designed by starchitect of starchitects Zaha Hadid has officially released a set of renderings. Compare them to the views we broke to the world months ago.
· Curbed Miami [miami.curbed]