Share All sharing options for: Chef Bee on the Upcoming Vintage Asian-Style NaiYaRa

The latest offering from chef Piyarat Arreeratn, affectionately known as Chef Bee, comes in the form of a restaurant named after his little daughter called NaiYaRa, which means both "peaceful and calm" and "female elephant." Eater spoke to Chef Bee about what's to come at his latest restaurant, what inspired the concept and when we should expect to feast on Asian street food at Sunset Harbour's newest addition (spoiler: in just eight months!). 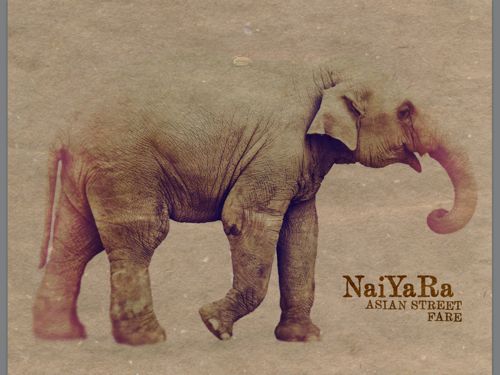 Tell me a little bit about the concept behind Naiyara and how you came up with it.
The concept is based on where I grew up. I was born and raised in my hometown [Northern Thailand], for 40 years I was born and raised there. So, pretty much since I was in high school, I've been traveling to different countries and get to learn and get to eat the food from there. So, the concept is from there. My country borders Vietnam, Cambodia … Since I've been traveling around the world, I pretty much going to take food from around the world, but mainly I'm going to focus on Thai.

Have you started working on any dishes yet?
I have so many dishes. I know what I need to cook. I have a hundred different items already. I'm set, I'm good. There will be dishes my mom cooked since I was a little kid. She showed me a lot of food. She cooked for me and it's family honored dishes. Pretty much the food I grew up with from the region. Each family have different recipes to cook.

Why did you choose Sunset Harbour as the location for Naiyara?
It's one of the best locations in Miami right now. The advantage of that location is that its 80% local and 20% tourists. Plus, you have 400 car parking on top of you. Everywhere you go now, Brickell, Design District, Midtown, South Beach, same problem: parking. Over there, you have parking. And you have a good restaurant lineup like Lucali, Barcelonetta, Pubbelly, Sardinia … I think it's one of the best. We looked at many locations, but this one is just right for Naiyara.

What are you looking for in terms of space and design for the restaurant?
Again, something unique, something that Miami has never seen before, something from where I grew up, Asian and pretty much vintage Asian style. We have found a good architect. The plans have already come out and it looks good, I'm excited.

What are you most excited about with the new restaurant?
Besides putting out the food from where I grew up is that we're going to do food entertainment. We're going to have live shows, I finally got a liquor license to do a full bar, live DJs, a lounge … I'm going the bring all the celebrities and all the DJs. It's going to be more of something Sunset Harbour needs and nobody really can put it together, a dining and entertaining experience. That's what I'm trying to do. So people don't have to go out somewhere else after they eat in Sunset Harbour to go to a nightclub or listen to music. I want to offer this in Naiyara. They could hand out there and just walk back home.