Just $110 Million For A Private Island; Monkeying Around

Share All sharing options for: Just $110 Million For A Private Island; Monkeying Around

The latest Miami real estate goings-on from our sister site Curbed Miami, our outpost in the "Sixth Borough"... 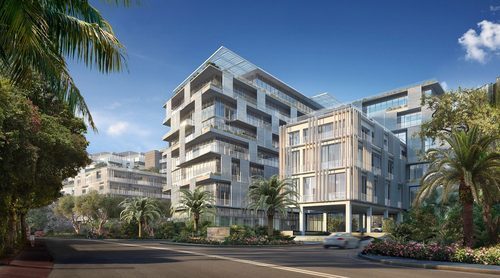 1. MidBeach: Apparently in the market for a Miami pied a terre, everyone's favorite ex-con Martha Stewart dropped by the sales center of the future Ritz-Carlton Residences Miami Beach during last week's South Beach Food and Wine Festival. Because of the adaptive use nature of the building, which is being sliced and diced from an old unused hospital to, well, the Ritz, there is an intriguing variety of floor plan options and layouts, and kitchens befitting a cookbook queen like Martha.

2. Florida Keys: Nestled within the exclusive enclave of the Ocean Reef Club on the northern tip of Key Largo, Pumpkin Key hit the market for an impressive $110 million. There's a master house, boat slip large enough for a super yacht, boat captain's quarters and tennis court/helipad, yet most of the island is undeveloped.

3. Wynwood: Artist Dan Walker doesn't mind when people take off with the impish, toylike animal sculptures he makes from found objects and hangs from lamp posts and power lines. He admittedly enjoys the 'WTF' reaction his work inspires in passerby.
· Curbed Miami [miami.curbed]