Wynwood Brewing Company, founded by Luis G. Brignoni, announced its new location about a year ago and was ready to pour six months later. Still on the fast track, after becoming a distribution hub for numerous Miami restaurants, the company is already expanding its current facility. It was announced today that the expansion will bring forth "triple the brewery's production capabilities to satisfy the distribution of its brews," which numerically means around 7,000 gallons of beer at a time. 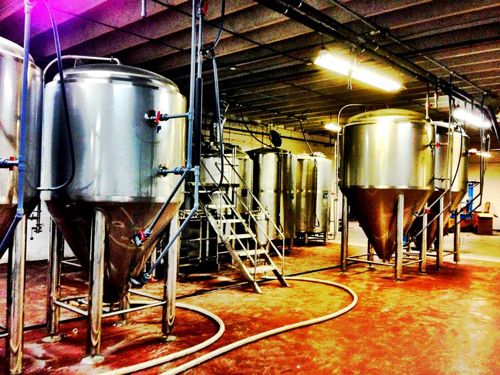 For beer geeks out there, Wynwood Brewing Company currently uses a 15-Barrel two-vessel brewhouse system, which means it can produce around 500 gallons of beer. The new expansion, which will be completed by April, 2014, will include "a number of fermenting vessels, conditioning tanks and a filtration system."

"We are very excited and honored that our craft beers have been so eagerly accepted by local South Florida beer lovers as well as the rest of Florida," says founder Luis G. Brignoni adding that he and his team "look forward to a very successful year." Cheers to that, Brignoni.
· All Coverage of Wynwood Brewing Company [EMIA]
· All Coverage of Expansions [EMIA]