A new Catalan-inspired eatery and wine bar called NIU Kitchen quietly debuted in Downtown Miami. NIU is the brainchild of Barcelona-born chef Deme Lomas, Karina Iglesias (who formerly worked at Soya & Pomodoro) and Adam Hughes, three friends who together decided they wanted to open up their own restaurant. 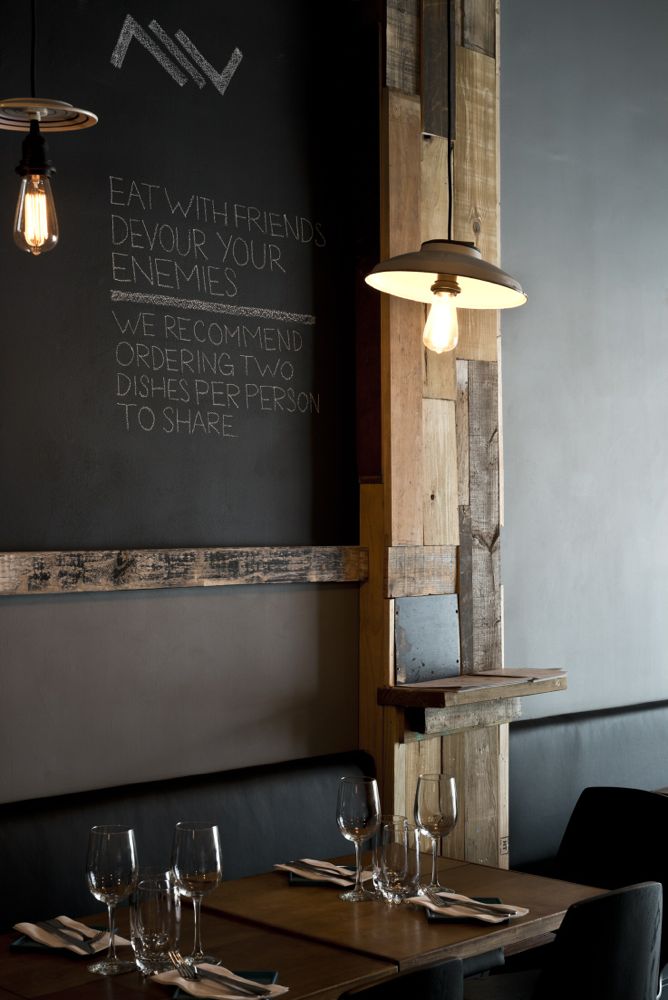 Hughes, a first time restaurateur who currently manages a modeling agency in New York where he lives, tells us the all three of them have at some point lived in Spain adding, "it felt natural for us to be working with Catalan food." "To set ourselves apart," says Hughes, "we didn't want to create typical food you would have in the rest of Spain, but more modern food from Barcelona. When you're here, you'll be having food that's from Barcelona, which has a lot of influences from other places so we're trying to bring that across in the food."

As for its name, Niu means "nest" in Catalan. The eatery's walls are predominantly made of reclaimed wood found throughout Miami, Hughes explains, "It's a small restaurant so we wanted it to feel cozy, homey and inviting." For now, the restaurant is open for lunch and dinner, Monday through Thursday from 12 p.m. to 10 p.m. and Friday and Saturday from 12 p.m. to 11 p.m.
· All Coverage of Previous Openings [EMIA]
[All Photos by Stephan Goettlicher]