New York's Tutto Il Giorno is about to open its fourth outpost, and its first location outside of New York, in Miami. The Italian eatery is slated to open its trendy doors at Biscayne Beach, a luxury condominium that should finish construction in early 2016. Tutto's chef will be managing parter Maurizio Marfoglia, an industry veteran of Manhattan's Coco Pazzo, who will will concentrate his skills on southern-inspired, Mediterranean cuisine. Partner Larry Baum says Tutto's Miami location will mostly match the restaurant's Southampton, Sag Harbor and Tribeca offerings, "but with its own Miami flair," adding, "the same goes for our menu selections, which will include dishes from the sea and the Caribbean." 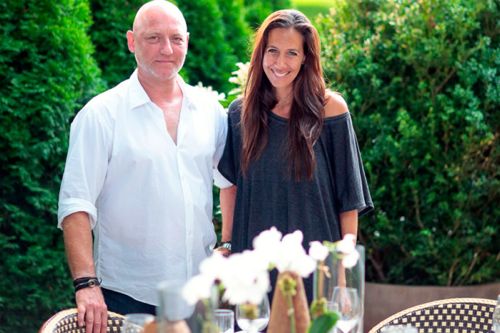 Designed by celeb interior designer Thom Filicia, "Tutto Il Giorno's Miami location will combine its signature style with more of a European-chic feel," writes a press release. In charge of "conceptualizing and executing the look and feel of the space in into an environment that's chic, comfortable and intimate," will be partner Gabby Karan De Felice, the creative director and designer of the Tutto Il Giorno brand.
· All Coverage of Coming Attractions [EMIA]