Mad Chiller, a new pop-up coffee shop has hit the streets and is celebrating its launch this Saturday, September 6 at Bakehouse Art Complex. The brainchild of two former vending machine company owners, Adon Williams and Chad Miller, Mad Chiller will temporarily serve as a moving hub for organic, "uncompromised" coffee, gelato (from Gelato Petrini) and homemade Belgian-style waffles (courtesy of Williams, who spent four years in Belgium). Its first pop-up is scheduled to open at Miami Center for Architectural Design on September 12, with more locations to follow eventually. As for the name, it's a moniker bestowed upon Chad by an ex significant other, and what the boys refer to as modern lexicon for their "if it's not cool, we won't do it" motto. Think "mad chill."

Miller and Williams are also greatly involved with the local art community, having previously sponsored local nonprofits and art organizations like The Arts and Business Council, "Life is Art" and "Soul of Miami" to spread word about their coffee, and hope to continue their engagement in the arts scene with all pop-ups. The duo, whose permanent fixture is a commissioned piece by a local wood sculptor, will use their "retail space" to showcase rotating artwork from various artists on their "brew walls" (pictured above). 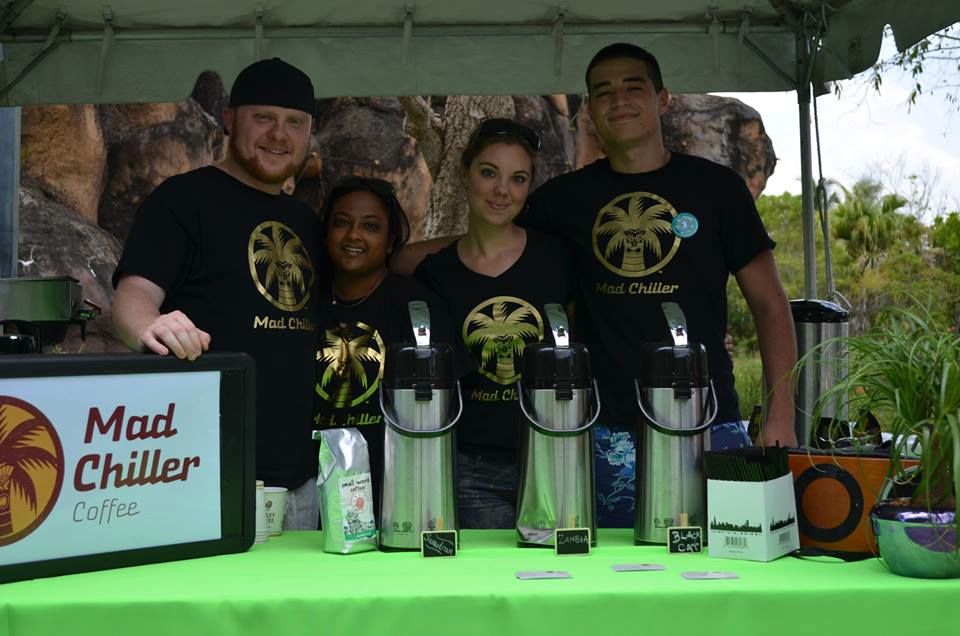 Celebrate the launch with them at Bakehouse this Saturday at 7 p.m. or stop by the permanent MCAD location on September 12 for free coffee all day long.
· All Previous Coverage of Pop-Ups [EMIA]
· Mad Chiller [Facebook]